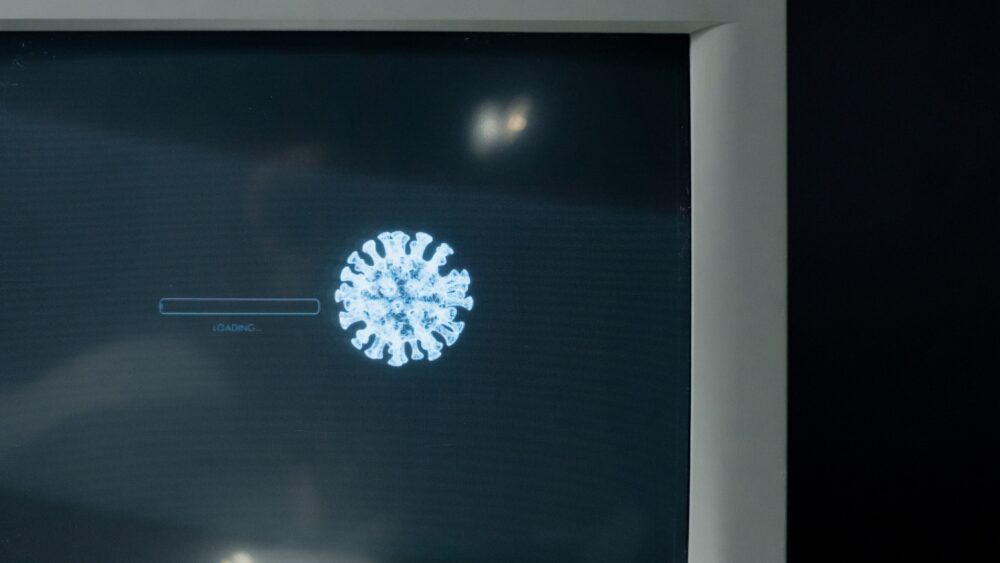 Antivirus software has been a standard for many companies looking to protect their data, especially when cyberattacks and other unauthorized methods of access have become more highly complex in the last decade. But because the race between security systems and those who break them has always been neck and neck, it falls to companies to stay ahead of the methods that attackers use to gain unauthorized access into their systems.

So how can next-generation antivirus systems (or NGAVs) help businesses? By using machine learning, endpoint protection, and cloud-based technology, NGAVs can provide seamless and up-to-date defenses against attack – without having to increase the load experienced by your system. It’s a solution that’s easy to integrate and set up, with your systems being online within minutes.

What Exactly Is A Next-Gen Antivirus?

An NGAV is an advanced type of antivirus that uses artificial intelligence (AI) to scan, block, and mitigate threats to your data. It differs from your usual (or legacy) antivirus as it scans for threats intelligently, allowing it to anticipate attacks that may not fall in the usual patterns that security software looks for.

The best way to summarize this difference is that legacy antiviruses scan for a “signature”, while next-generation antiviruses scan for “behaviors”. This difference is crucial since plenty of the attacks that a normal antivirus will face today will usually not fall in the patterns that antivirus programs have been using to detect attacks. By scanning for behaviors rather than signatures, NGAVs will be able to react to threats more efficiently.

Here are some other differences:

These differences are crucial because the cyberattacks that most companies face today are becoming more complex and harder to solve, requiring more processing power and better identification of threats than simply allowing and restricting access. For most companies safeguarding crucial information like financial details and personal information, a better, faster, and more efficient system is required.

This is where the “behavior” aspect of NGAVs helps. By scanning for “behaviors” instead of “signatures”, NGAVs can isolate any attempted access that doesn’t fall within expected behavior. This allows them to spread a wider net to catch any potential attacks since they don’t have to rely on a database to detect threats. Accompanied by machine learning, NGAVs have the potential to understand attacks on a level that’s far more sophisticated compared to legacy antivirus software.

How F-Secure Antivirus Deploys NGAV Strategies To Protect Your Data

The F-Secure Elements cyber security platform represents the very best that NGAVs has to offer – from its innovative threat detection and response systems to its enhanced visibility into your IT systems. By building on artificial intelligence’s capability to execute learned behavior, the platform can offer you a comprehensive response to almost any kind of cyber attack.

Here are some ways that F-Secure uses the capabilities of NGAV software:

By building on the behavioral scans of NGAVs, F-Secure can help protect your IT systems from attacks that are specifically designed to go past legacy antivirus systems. This is crucial since the majority of cyberattacks faced by businesses today are specifically of the “zero-day” variety – usually by exploiting a security flaw that wasn’t detected or patched till the time of the attack. The reason these attacks are extremely successful is that legacy antivirus software won’t bother scanning the incoming threat, since it doesn’t register as one in its database.

By scanning for unknown threats, your systems are better protected against specific types of cyberattacks that are designed to take advantage of security vulnerabilities in your IT system. With its unique threat analysis and support from cybersecurity experts, F-Secure can scan and deal with attacks quickly and efficiently.

While preventing an attack is oftentimes the sufficient response to keep IT systems secure, NGAVs go one step further by examining the circumstances surrounding the attack in real-time. This way, the user knows the severity of the attack, what exactly the attack was targeting, and other crucial information that can help inform them of future strategies to minimize the risk of attacks overall. With intelligent threat scanning, F-Secure makes attacks more understandable by giving them context.

For businesses that are always targeted by cyberattacks like banks, understanding the scope and source of threats is important to developing an effective IT strategy. By giving these attacks greater visibility, users can get some idea of the possible ways that their IT systems may be vulnerable, allowing them ample time to implement changes.

One particular worry that most users have with antivirus software is the potential access that manufacturers have to their personal data. In the past, this was often an unavoidable risk because legacy antivirus software needed to scan files individually for signatures that match a potential threat in their databases. But because F-Secure scans behavioral data rather than files, there’s little risk to the privacy of the user.

Since NGAVs are often deployed to protect confidential information, the guarantee of privacy also ensures that the software itself isn’t a threat to the users. This also eliminates the need for the user to set up “exceptions” to the routine scans performed by NGAVs, as behavioral scanning can automate the process without their input.

F-Secure is a proactive security platform that can deploy threat response routines without prompting, allowing for a scheduled response that works against targeted cyberattacks. Most attacks today will usually try to whittle down antivirus systems by exploiting a period where they aren’t working or are in the middle of updating their databases. But by setting a scheduled response to potential attacks, F-Secure can better contain attacks and prioritize threats even if your IT team isn’t available to respond.

This proactive strategy works well for IT systems that are frequently targeted by attacks but don’t have the manpower required for consistent monitoring and response to them. By automating the response process, your IT team can spend their time and resources elsewhere.

Comprehensive Analysis Of Your Existing IT Systems

Not all cyberattacks come from outside your system. Sometimes (either because of human error or the developer’s failure to patch an exploit) existing applications and systems in your IT infrastructure can provide attackers with direct access to your data. F-Secure mitigates this risk by giving you a comprehensive overview of your IT systems, highlighting potential threats, and containing breaches before they happen.

These features are the standard of what companies and users should expect from next-generation antivirus software. Combined with the relatively light load that NGAVs require from the processing systems of their devices, the F-Secure Antivirus is a reliable and easy-to-integrate solution for preventing future cyberattacks.

Protect Your Valuable Data With Abacus Managed IT Services

Artificial intelligence has made considerable strides in changing how we view data – but it’s only recently that it’s been tapped to upgrade our security. AI-assisted tools like F-Secure Antivirus represent the pinnacle of data security and threat prevention: helping you to better secure what needs protecting in your business. With the right provider, you can start taking advantage of all the benefits of this revolutionary technology today.

Abacus Managed IT Services provide the latest tools to manage and secure IT systems for financial institutions and other businesses. With our extensive experience in cybersecurity and our commitment to innovation, we’ve become a long-term partner for many clients seeking to protect their data. Our security solutions are easy to integrate with your existing systems and provide reliable protection against attacks inside and outside your organization. Contact us today to learn more about our services.