Blog
Abacus / Cybersecurity / Can You Get Malware on Your Phone?
Jun 30 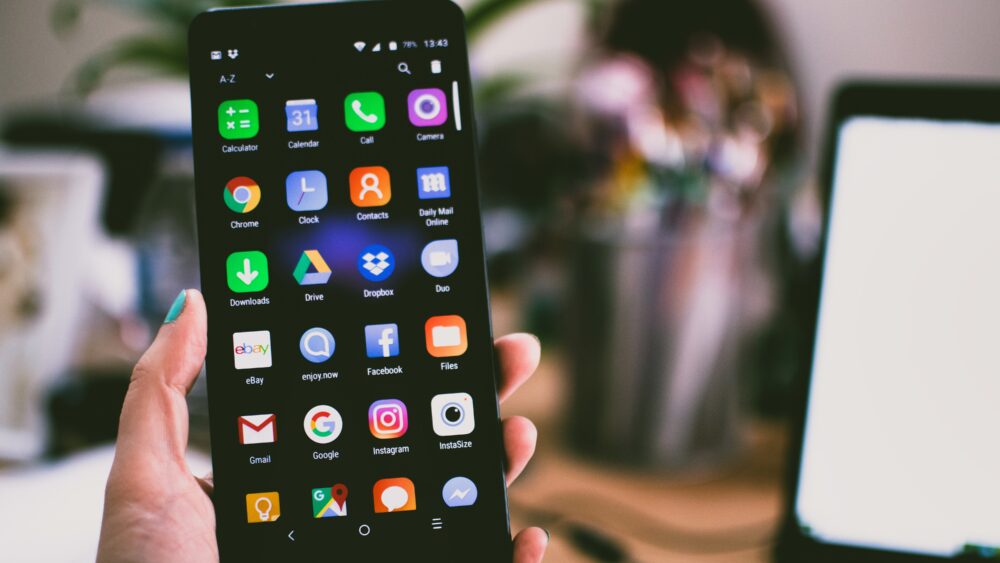 Can You Get Malware on Your Phone?

When people think of viruses and malware, the first things that come to mind are cyberattacks that cost enterprises millions of dollars in damages. But with more people switching from desktops to mobile devices, hackers have also started infiltrating cellphones to get sensitive information from people.

So is it possible to get malware on mobile devices? Phones don’t have the same security systems as computers, which makes them more vulnerable to several types of malware. Mobile devices usually get malware from malicious apps, operating system vulnerabilities, suspicious emails, non-secure wi-fi and URLs, and text or email phishing.

Why Are Phones Vulnerable to Malware?

People use smartphones for just about everything – even for work. Most people find phones more convenient, less expensive, and more mobile when it comes to storing and accessing data that are important for work. But while it has its fair share of advantages, phones in the office might also be threatening the business without the user realizing it.

The main reason why phones are vulnerable to different kinds of malware is that most phones don’t have the same security systems that workstations and servers utilize. They don’t have built-in firewalls, antivirus software, and encryption systems like computers do. The company’s IT teams should have different policies in place when it comes to accessing important information through mobile devices to avoid cyber theft through malware.

Another important thing to remember is that some phones are more likely to develop malware than others – Android devices account for 47.15% of all infected gadgets while only around 1% of them use iOS. Make sure to consider these things before allowing mobile devices to access sensitive business information.

5 Ways a Phone Gets Malware

Apps and downloads are the most common methods that hackers use to gain access to mobile devices. Most apps from the official app store are safe, but some of them might contain malware if they come from non-legitimate sources. These malicious apps appear safe, but they’re typically filled with spyware or other kinds of malware.

Some developers also make the mistake of utilizing pirated development tools. This might compromise the quality of the app, because the end product contains malicious codes used for damaging the device or stealing sensitive data. Always remember to check the app store where you’re downloading the app to prevent getting malware.

Sometimes, the mobile device itself has different vulnerabilities that hackers might exploit to gain access. Most of these vulnerabilities are easy to discover and patch up for users who regularly update their software. Keeping the device up to date keeps hackers from taking advantage of the vulnerabilities in the phone’s operating system.

One of the reasons why employees use mobile devices for work is that phones make it easy for them to answer work-related calls and emails. But without the right cybersecurity education for the employees, they’re likely to fall victim to the malware in suspicious emails.

One classic example of harmful emails that get unsuspecting employees is when the email says they’ve won something. They’re taken to a non-secure link or a dummy site. Clicking the link allows the malware to enter the phone, making all the data stored there exposed to the hackers.

Using non-secure websites exposes users to the risk of transmitting malware to the device. It makes the device more susceptible to “man-in-the-middle” attacks. When accessing these kinds of websites, make sure that the VPN is active first or that the phone’s antivirus protection is working well.

Sometimes, the phone’s browser itself is a source of vulnerabilities, which leads to web browser attacks. These are quite common in Android phones, so make sure to always update the operating system as needed.

Aside from suspicious emails, employees may also get voicemails or text messages from a seemingly trusted source. They usually ask for information about the victim or the device they’re using, which the hackers use to steal other important data like credit card information and social security numbers.

If you encounter something similar, the first thing to do is to check with the company’s phone and verify the call with them. Legitimate companies don’t ask for sensitive information through text, so never reply to suspicious texts until the concerned company has been directly contacted.

8 Signs of Malware on Phones

Most kinds of viruses and malware are made to steal and manipulate data, but they also affect the phone’s performance. If the device shows any of these signs, there’s a huge chance that it’s infected with the malware:

Tips to Protect the Mobile Device from Malware

While mobile devices are prone to malware attacks, there are still a few ways to avoid them. Here are some helpful tips to protect your smartphone from cyberattacks:

Keep All Your Device Secure with Abacus

When it comes to strengthening a company’s cybersecurity systems, it’s important to treat mobile devices the same as servers and computers. Hackers exploit any kind of opening they can use to steal sensitive information from the company, so it’s essential to have a comprehensive security system that works on all devices.

Here at Abacus, we understand how important it is for companies to maintain confidentiality and security. Our team of IT experts is here to eliminate vulnerabilities, maximize protection, and provide the best cyber solutions for the company. Call us now to experience the Abacus Advantage.