Blog
Abacus / Cybersecurity / Cryptojacking: What It Is and How To Protect Your Business From It
Jun 30 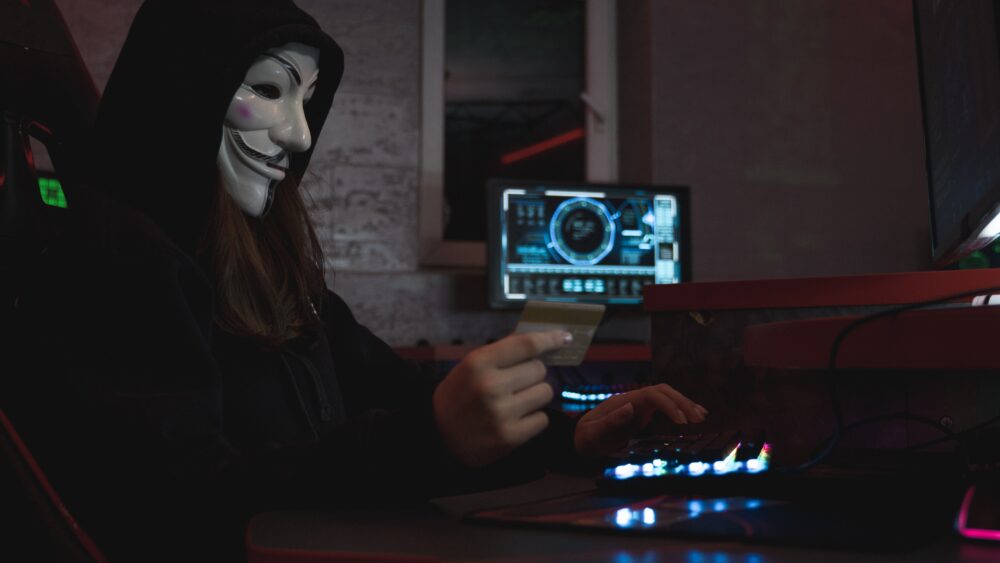 Cryptojacking: What It Is and How To Protect Your Business From It

Cryptocurrency is a useful cash system for people who shop or transact online. But with the number of new cryptocurrencies and their rising value, more cybercriminals are becoming more involved in cryptojacking because of its low risk of discovery and a high potential for monetary gain.

So what exactly is cryptojacking and what’s the best way to protect yourself from it? Cryptojacking happens when a hacker uses a device to mine cryptocurrency into their digital wallet without the device owner’s permission. The best ways to avoid cryptojacking on all kinds of devices is to install good cybersecurity software, educate yourself about cryptojacking trends, use anti-crypto mining extensions and ad blockers, and disable JavaScript.

Cryptojacking is a kind of cyberattack wherein a hacker uses the victim’s device to mine cryptocurrency for themselves without the victim’s knowledge. It’s a type of threat that stays hidden from victims unless they’re well-versed in IT. Cryptomining requires a lot of electricity and expensive mining hardware. But hackers aren’t willing to invest in them, which is why they choose to attack vulnerable devices instead.

Cryptojacking used to be a popular practice at first, but it slowly declined with the closure of Coinhive in 2019. According to the 2020 SonicWall Cyber Threat Report, the number of reported cryptojacking attacks fell by 78% in the latter half of 2019. While this is good news for both individuals and businesses, they should still strengthen their cybersecurity to avoid other kinds of malware and malicious content.

How Does Cryptojacking Affect Businesses?

Unlike other types of cyber threats, cryptojacking doesn’t steal sensitive information from the cloud or device. It simply uses the resources of the victim to mine more cryptocurrency. While it’s far less destructive than other ransomware, cryptojacking is still a serious cyber issue that should be taken care of.

Cryptojacking results in direct and indirect losses for a company or individual that fell victim to it. It increases the company’s electrical consumption and contributes to the physical wear and tear of the processing cores. Cryptojacking also affects the efficiency of the computing workloads used for more important things. It consumes the available resources, causing apps and programs to crash many times and affect the employee’s efficiency when working.

Corporate companies are prime targets of cryptojackers because they have tons of resources at their disposal. Here are three of the most notable cryptojacking cases in the past few years:

Cryptojacking is a serious issue for both individuals and businesses. The codes used for cryptojacking are practically undetectable unless the victim knows a thing or two about IT. However, there are still a few noticeable crytojacking signs to look out for if you’re concerned about becoming a victim to this cyberattack. These signs include:

4 Ways to Protect The Business From Cryptojacking

While it’s better to stop the cyberattacks in the first place, there are some situations in which people unknowingly downloaded the malware into their devices. In such cases, the first step is to remove it from the device using antivirus software. But if the antivirus isn’t advanced enough to solve the cryptojacking attempt, you might need to seek the help of an IT professional.

Here are some of the best ways to protect the device and business from cryptojacking attempts:

Different cybersecurity programs aren’t made equal – some of them are capable of preventing and solving cryptojacking attacks while others don’t have the right features to do so. If the business relies heavily on computers, it’s better to get comprehensive cybersecurity programs to avoid falling victim to cryptojacking codes and other malware. Businesses should also keep the software updated and patched up to prevent hackers from exploiting vulnerabilities.

Cryptojacking is one of the latest forms of cyberattack, which is why it’s important to keep yourself updated on important information about it. The more a person knows about cryptojacking, the less likely they fall victim to it. Learn more about the latest news in cryptocurrency by visiting sites like Coindesk, CryptoSlate, and Cointelegraph every once in a while.

Cryptojacking scripts are often found in online ads and web browsers. Having ad blockers and extensions that block cryptojacking is an effective way of protecting the device from malicious cryptojacking codes.

JavaScript allows computers to use different functions they might need when surfing through the internet. However, it also makes the device more vulnerable to cryptojacking codes. If you’re not using most of the functions allowed by JavaScript when browsing through websites, consider disabling it for some time to prevent malicious codes from infecting the device.

Improve Your Cybersecurity System with Abacus

Cryptojacking is much less destructive than other kinds of ransomware, but it’s still a criminal act that uses up a company’s resources. For all-around cyber protection for different devices, talk to our experts here at Abacus now. Our team of highly trained engineers, IT experts, and support personnel are experienced in coming up with comprehensive cybersecurity solutions that are perfect for businesses.

Experience professional IT support from responsive, dedicated, and respectful staff here at Abacus now. Visit our website to learn more about our services or set up an appointment.