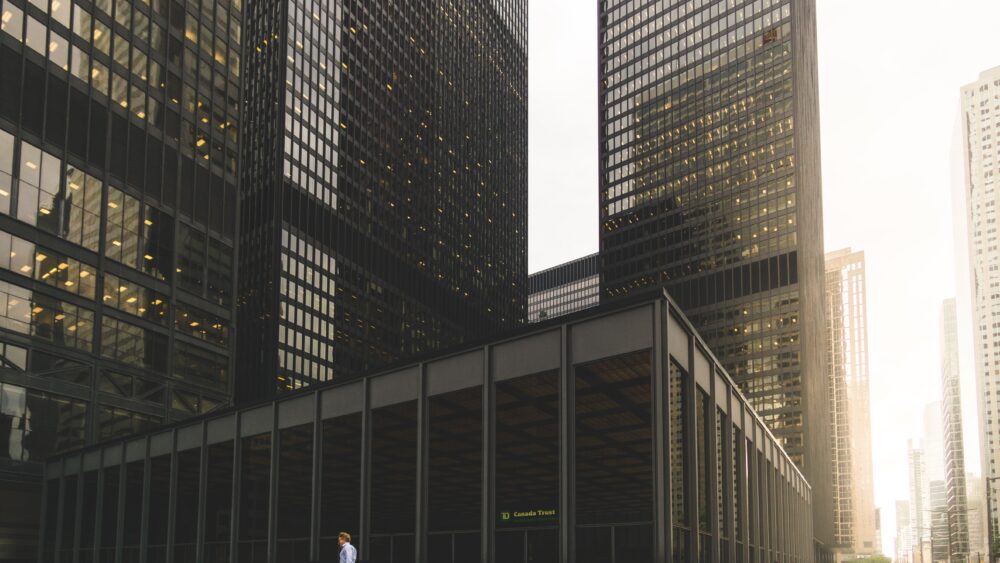 DDOS attacks are a simple yet effective way of shutting down websites, which deny access to legitimate users and lockdown essential services. For this reason, DDOS attacks are dangerous for banking organizations, which rely on 24/7 access to their services and usually safeguard enormous amounts of personal data and finances.

So what can banks do to protect themselves against DDOS attacks? Some essential strategies include being smarter about checking incoming traffic, a more robust protection strategy, and a rapid response plan once an attack is detected.

What Can Banks Do To Protect Themselves?

The guiding principle behind these protections is simple: detect and prevent. While it may seem like most cyberattacks can come out of nowhere, there are often signs that predicate an incoming intrusion. Tools, strategies, and general awareness of these threats are often enough to predict their occurrence and prevent them entirely.

Multi-layer defense and security is a blanket term used to describe a comprehensive security strategy that considers every point of intrusion that attacks can come from. It integrates several security layers that can help mitigate any potential damage in an event of a DDOS attack and protects different areas of your network from harm.

These strategies may include (but are not limited to):

Multi-level protection strategies are essential because banks are usually on centralized servers for more security, but this doesn’t always mean there is just one point of access. A server network can have multiple potential intrusion points that DDOS attacks can enter, and a multi-layer defense must catch them all.

One particular area that can be monitored outside or inside a multi-layer defense is network security protocols. These are essential tools that can check for incoming and outbound data within your network, flag them for potential threats, contain any suspicious packets, and prevent any more intrusions.

While not necessarily the best solution to stop incoming attacks, improving network security protocols can be extremely useful in detecting the beginnings of any DDOS attack. By upgrading the tools that monitor and encrypt your data, it can be easier for main security protocols to act on potential intrusion alerts. By extension, you can also implement a preventive plan that centers on heavy encryption of your network data, especially if it involves frequent transfers between different sites.

Tools like File Integrity Management (FIM) software are useful additions to a bank’s network security suite since they can detect and flag any suspicious activity in real-time. Because of the variety of actions an attacker can take once a DDOS attack succeeds, it’s crucial to have these real-time monitoring tools to check exactly what in the database the intruders are after.

There are two things that these active monitoring tools should always check:

Active monitoring tools can help detect these events while they’re happening and track them down to the closest potential entry point that the attacker could use. The quick identification of these entry points is crucial so they can be disconnected from the network before a DDOS attack is launched.

Most law enforcement agencies now have a dedicated department that investigates and prevents cyber-crimes, and banking institutions should always be familiar with these agents. If possible, there should be a direct line from the bank manager to the nearest cyber crime division, so law enforcement can get involved as soon as suspicious activity is detected.

Besides their help with any ongoing attacks, having law enforcement on call means that you can have additional warnings of any cyberattacks before they happen. Most intrusions are usually monitored by government agencies, and they usually involve banking agencies when they detect any sign of incoming DDOS attacks against financial institutions.

There’s no such thing as a 100% impenetrable security system. The best that you can do is to keep upgrading your security faster than attackers can keep up with, so you can constantly address any security flaw that arises from newer attack vectors and old network vulnerabilities. But what if those strategies fail?

One way to mitigate the potential damage from a successful DDOS attack is cyber liability insurance. This type of insurance can cover an array of different damages aside from legal fees and expenses and can help improve customer confidence in your bank. If sufficiently robust enough, it may provide enough ways for it and law enforcement to retrieve any lost data.

Keep in mind that these strategies are still a very general way of defending a bank against DDOS attacks. Banks will need to keep themselves up to date with the latest security measure and threats to get the most out of their protection strategies.

Why DDOS Attacks Are Particularly Bad For Banks

DDOS attacks are always harmful to any server that they affect, but banks are particularly hit the hardest because of their unique placement in their industry. Banks that experience DDOS attacks can suffer from several setbacks, many of which can persist even after the attack is over:

By far one of the most significant losses that a bank can experience from a DDOS attack is a loss of client trust. Not only has their money been put at risk, but any personal data they may have shared with your institution has potentially been compromised. Often, cyber attackers can do a lot more harm with someone’s personal data rather than their finances, since they can use it to bypass many security measures clients have with other financial organizations.

Short-term, this can mean plenty of lawsuits and other demands of reparation from your organization, which you may not afford when combined with the financial loss caused by the attack itself. Long-term effects include a mass exodus of your clients to other banks, loss of security certifications, and a damaged reputation that can be near-impossible to recover.

Because DDOS attacks overload the servers that a network relies on to function, a successful breach means a major or complete shutdown of essential banking services. This isn’t limited to clients only; interdepartmental communications can be disrupted, authorizations overwritten, and transactions put on hold. This is bad for banks, which rely heavily on near-instant communications and transactions to run.

Depending on the severity of the attack and the following recovery efforts, banking services can be shut down for more than a few days. This can cause a massive loss of profit to any bank. Between the different fees charged via bank transaction and international and domestic fees, any bank that sees over one day of active shutdown can suffer catastrophic losses that can take several quarters up to a year to recover from.

One of the most dangerous by-products of a successful DDOS attack is a fraud. Because the bank itself cannot verify the transactions made during a server shutdown, attackers can create, alter, and delete financial transactions and data at will. With the bulk of banking transactions often difficult to trace after a DDOS attack, banks can be defrauded out of significant amounts of money.

Fraud can continue even after the initial DDOS attack is over. If the attackers have gained essential pieces of information like administrator privileges and other ways of authorizing outside access, they can effectively piggyback on a bank’s operations for a long time. Since these entry methods are recognized by the security system itself, it’s difficult to detect and root them out.

DDOS attacks are just one tool in the arsenal of cyberattackers, but it’s one of the most effective ones because of its simplicity and the number of follow-up actions they can perform after a single attack. Banks will need to be aware of the dangers of facing a DDOS attack and take decisive steps to address them.

Guard Your Financial Databases With Abacus Managed IT Services

Banks need more sophisticated protection against DDOS attacks as intrusion methods are becoming more sophisticated. Not only is this a necessity to keep their data secure, but it’s also a way to preserve client confidentiality and keep financial losses at a minimum.

With years of experience in the banking industry, Abacus Managed IT Services can help safeguard your bank from threats like DDOS attacks. We can recommend a personalized strategy for you to deal with these threats, based on our familiarity with the different data challenges that banking institutions encounter.

For more information about us and our services, contact us today.