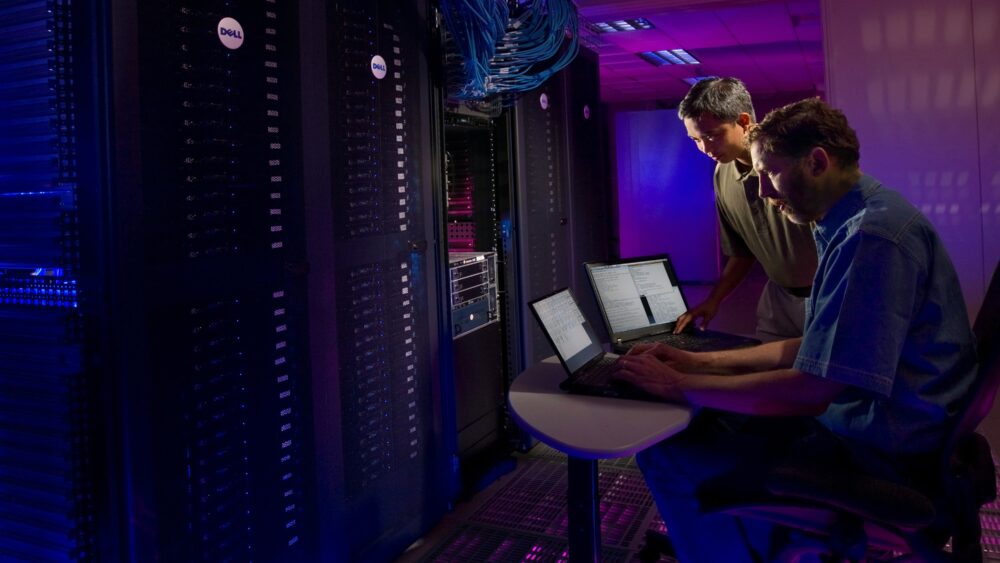 Understanding Server Virtualization: What it is and How it Works

Server computers are powerful – they manage computer networks, store files, and host applications. But most of the time, these powerful processing units are not utilized to their full potential because businesses tend to purchase more computers and other hardware instead, which is not always the wise decision because it occupies more physical space and consumes more energy.

Server virtualization offers one solution to these two problems by creating multiple virtual servers in one physical server. This method ensures that each processing unit is maximized to its full capacity, preventing the need for more computer units in a data center. The adoption of different virtualization technologies, including server virtualization is expected to rise up to 56% by 2021.

Currently, there are three types of virtualization used for sharing resources, memory, and processing.

This type of virtualization is widely utilized in the IT community because it only involves simple virtualization. It makes use of hypervisors to emulate an artificial hardware device along with everything it needs to host operating systems.

In full virtualization, separate hardware emulations are created to cater to individual guest operating systems. This makes each guest server fully functional and isolated from the other servers in a single physical hardware unit.

What’s great about this type is that you can run different operating systems in one server, since they are independent of each other. Modification of each OS also isn’t necessary for the full virtualization to be effective.

Currently, enterprises make use of two types of full virtualization:

On the other hand, hardware-assisted virtualization eliminates the need for binary translation. Instead, the original hardware is directly interrupted by the virtualization technology found on the X86 Processors (Intel VT-x and AMD-V). Depending on the guest OS’s instructions, privileged instructions can be executed directly on the processor.

This type of full virtualization can use either of the two hypervisor types:

The Type 2 hypervisor is typically used in data centers that only have a small number of physical servers. What makes it convenient to use is that it isn’t much different from the applications in the current operating system. It’s easy to set up and manage multiple virtual machines once the hypervisor has been installed. Here are some of the type 2 hypervisors in the market:

Para-virtualization is a type similar to full virtualization because it also uses the host-guest paradigm. The only main difference is that the guest systems are aware of each other’s presence and they all work as one entire unit.

This type is also time efficient and less intrusive since the virtual machines do not trap on privileged instructions. The operating systems acknowledge the hypervisor used in the hardware, sending the comments – known as hypercalls – in a more direct way.

To exchange the hypercalls between hypervisors and operating systems, both of them must be modified through implementing an application programming interface (API).

Sine paravirtualization utilizes a slightly different hypervisor than full virtualization, here are some of the more common products that support it:

Unlike the first two types of server virtualization, OS-level virtualization doesn’t use a hypervisor and doesn’t apply a host-guest paradigm. Instead, it utilizes a process called “containerization” which creates multiple user-space instances (containers or virtual environments) through a kernel in the OS.

A specific container can only utilize the amount of resources allocated for them, not the available resources for the primary OS. Programs can also run in the container but the access to content is only limited to everything associated with that container and the devices assigned to it.

Here are some of the commonly used containers in the market:

What to Consider for Server Virtualization

Server virtualization is a promising method that can maximize the use of IT resources – that’s why tech giants like Microsoft, Dell, and IBM are continuously developing this technology. However, before picking the optimal virtualization for a business, it’s important to determine their benefits and disadvantages first.

Aside from the virtualization method, you should also consider the following factors before settling on a specific type:

Adopt Server Virtualization for Your Company with Abacus

Thousands of companies are turning to server virtualization as a cost-effective IT strategy, so why not do the same?

With our team of IT experts at Abacus, we will help you maintain optimal efficiency in your office. Enhancing business productivity starts with the right technological solution. Take the first step with us in reaching the top. Contact (856) 505 6860 or email info@goabacus.com now for your first consultation.