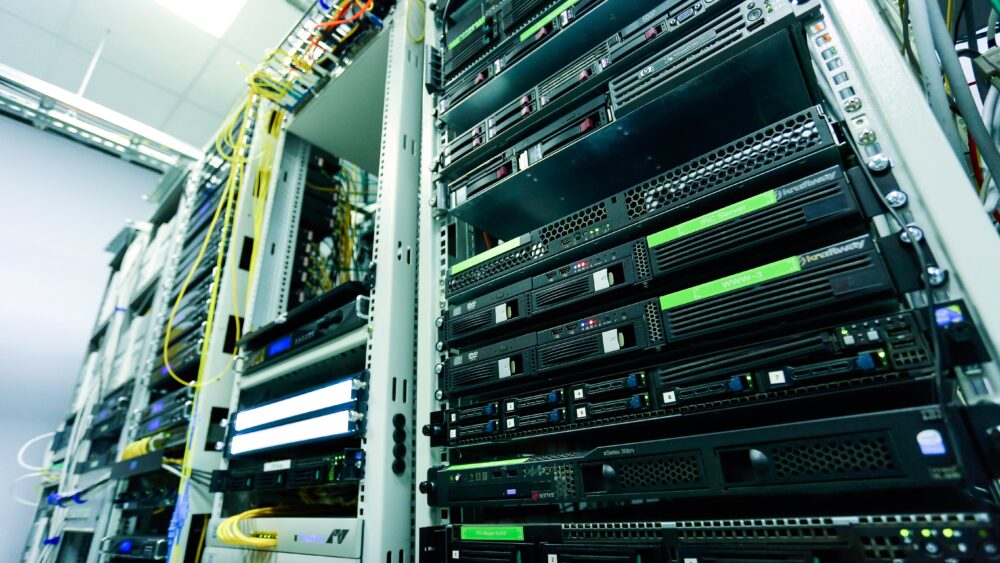 What To Do When Your Server Goes Down

Servers are the lifeblood of many businesses, as they provide essential access to information about the company, their services, and customer representatives.That’s why when your servers go down, your business can experience significant losses in customer trust, productivity, and profit. While there are ways to prevent your servers from shutting down (regular server upgrades being the prime example)in the first place, your organization needs a plan to respond to a failing server.

So what do you do when your server goes down? The best way to go about it is to follow a carefully-laid plan that centers around identifying the cause, resolving the problem, and future-proofing your server against similar failures in the future. Most companies will tend to respond to this in a very general way, but having a specific plan ensures that your company reduces downtime and achieves your recovery goals as soon as possible.

The steps that we’ve listed below are general and should already be part of your contingencies in case your server shuts down, but you should modify or add to them as urgency requires. For example, servers shutting down for a small company can take some time to get restored, which is something that large businesses can’t afford to happen since it is a more serious issue for them.

Here’s what to do during downtime:

The first thing to do is to make sure that the server is actually down. If the server shutdown was initially reported by someone not within your organization, a likely explanation is that their device or connection can’t establish a connection with your server. Depending on the size of your website and the expected number of visitors, user error may most likely be the cause.

If the crash was reported by someone inside your company, try checking if the server isn’t restarting on its own. Some servers (especially old ones) have the tendency to restart themselves to clear up processing space or to cope with increased demand. These shutdowns are usually temporary and don’t last long enough to be noticed.

Either way, establish that your server really is down before proceeding with the rest of your protocols for restoring it. Keeping track of incidents like server restarts or lag is an excellent way to decide when you need additional work or upgrades done on your server.

Once you’ve established that the server is really non-responsive, it’s time to alert your IT personnel. Most of the time, they are most likely to be on the case already – but reach out to them anyway, in case you’re the first person to discover the shutdown. The earlier they can start working, the sooner your servers can be up again.

It’ll also be helpful if you were as descriptive as possible about your work activity at the time you found the server shutdown. Given the complexity of most websites and servers, any number of things can cause it to crash. This is especially important if you were in the middle of something when the server shut down on you – you may likely have discovered a bug or a flaw in the programming that caused it to go offline.

The next thing to do is to ascertain what exactly caused the server shutdown. While this can vary between websites and servers, several likely causes should be examined first:

Ascertaining the exact cause of a server shutdown can vary, so tailor your expectations accordingly.

It’s important to remember that not all server crashes are alike. There are some which are serious and may require completely working over the server to fix, while others may be specific errors that can be isolated while the rest of the server runs. In either case, it’s your company’s responsibility to inform all affected users about the server downtime.

More importantly, this notice is necessary to keep everyone calm while the situation is being resolved. There is a tendency for users (especially customers) to panic when servers get shut down. Failure to assuage their worries can cause a loss of trust in your company. Always stay in touch with affected users whenever a server shuts down since they are the ones who are most likely to give you more information about how it happened and ideas on how to fix it.

After the cause has been determined, it’s now time for you to fix the issue. Server downtime can vary depending on the severity of the crash and the type of data affected. Some servers can be up and running within hours, while others may take days to fix.

One thing to keep in mind here is that you should always stay informed about the process of repairing your servers. This is key information that you can disseminate to all members of your organization and the people that use your websites. However, there are cases where an ETA for server uptime can’t be given. In these cases, it’s better to be realistic and honest to the affected users rather than promising a time and data that you may not be able to keep.

While the server is still shut down, you should start looking into other avenues of how your users and/or customers can still access and engage with you. This is particularly crucial for financial institutions, banks, and retailers since they’re the ones who are most likely to experience massive profit losses during a server shutdown.

After the problem has been fixed, your IT team should have a comprehensive report about the circumstances that led up to the crash. Remember to keep copies of these reports for future reference, since server crashes may not always stop after they’ve been fixed.

Reports are also crucial since it gives you an idea of how healthy your server is over time. While the goal is to not experience server crashes at all, it’s equally important to learn from them if and when they do happen. Closely coordinate with your IT team to ensure that no crucial data has been lost or corrupted during the server crash, and reach out to all affected users to see if any changes have been made to their access.

A compiled report is also an excellent opportunity to inform any users or clients in the interest of transparency. It may seem like a bad idea to admit that your servers have suffered some downtime, but it’s better to be honest and communicate with your affected users. This makes it less likely that they will lose trust in your organization.

Finally, the last step you need to do is to make sure that the cause of the server downtime doesn’t happen again or failing that, improve your server to become more resilient against it. There are several ways that you can accomplish this depending on what exactly caused your server to go down:

Again, the best way to make sure that your servers don’t shut down is to anticipate when and how these situations can happen. And while you can pick up on potential ways to safeguard your organization against server downtime by looking at trends and keeping up with cybersecurity, it’s still your own experience that will be your best asset.

Manage Your Servers With Abacus Managed IT Services

Abacus Managed IT Services has extensive experience in installation, maintenance, upgrading, and repair of commercial IT systems. We help commercial establishments maintain a strong and persistent presence online. To know more about us and our services, contact us today.